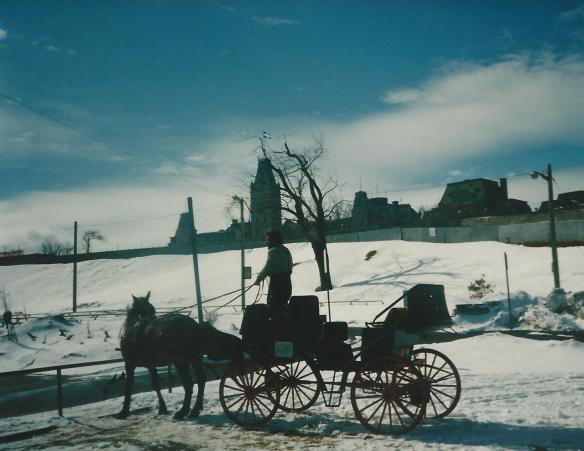 nice day for a buggy ride in old Quebec

It is December 1st and we are still enjoying mild temperatures and no snow here in Port Dover on the “south coast” of Ontario, which is how they promote the region around here.  In actuality, it is not a coast at all but rather the north shore of Lake Erie.  You need an ocean to have a coast, and I bring this up because I am not about supporting the deterioration of the language. In any case, the forecast is for temperatures to drop at the weekend to normal values and then if we believe what we are told we are in for a rough winter.  I was looking at the old Bell line van pictured at the top of every blog and thinking about how cold I used to get traveling in that van to Quebec in the winter.

I did my best to fit trips in between snow events, but it goes to say that when you are back and forth every couple of weeks you are going to get caught.  I can remember white outs on the four lane #20 highway when looking out the windshield was like looking into a snow globe. Everything is white snow swirling and dancing in the headlights; everything is hypnotic and there is no hint of an edge to the road, or white line to guide you.  You are lost, and afraid to stop for fear that a transport will run straight over you, but also afraid to pull over because you have no idea where the highway ends and the ditch begins. A total white knuckle scenario which lasts for minutes that feels like hours.

You know those “bridge freezes over before highway” signs you sometimes see on northern bridges.  Well I can attest to that being true.  Late one December night I headed through Montreal, and on to the south shore with the temperature dropping steadily, and the rain starting to glaze up and turn to snow. By the time I reach the Drummondville bridge it was cold enough that indeed the road before the bridge was fine, but the second I hit the bridge that big old truck thought itself a figure skater and decided to pirouette the entire length of the bridge, spinning gracefully all the way across until it hit the dry pavement on the far end, and miraculously I had completed a turn and  the wheels were aligned so I just stabilized and kept going as if nothing had happened.  Good thing I bring a change of underwear. 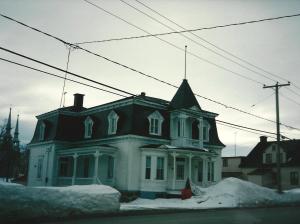 Another time when I picked up Jeanine at Mirabelle airport after her spending a few weeks in France, we were so happy to see each other and getting caught up that we hardly noticed the ever increasing magnitude of the snow storm which was coming in.  It just kept getting heavier and heavier but we continued to crawl along in the tracks of the transport ahead of us. We made it like this as far as the Ontario boarder before the front bumper of the van was literally plowing snow and that’s when we decided to call it a night.

The old Bell line van held a lot of gear and you could rely on the 350 Chevy engine to start and get you there and back, but the body wasn’t built for traveling for a long time in sub- zero weather, with it’s non insulated sliding side doors. It was meant to be a delivery van after all   I would wrap up in long johns, two pairs of pants, a pair of insulated cover-alls, and a blanket over my legs but even with the heater blasting full it could get damn cold.  I remember one -30 degree morning when surprisingly the engine fired up after turning over so slowly you would think it was being hand cranked.  After leaving it to heat up for 15 minutes I set off to get on with my day of visiting the picker’s barns with my lunch box on the engine cover.  I got hungry about an hour later and decided to have a hard- boiled egg, only to find that it was frozen as hard as a rock.  It’s amazing what you will put up with when you are young and have lots of blood flowing through your veins.  I could not believe the feeling of absolute luxury when the old van finally died and I started traveling in a pick-up truck.  What was I thinking? 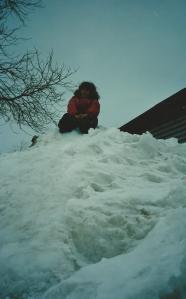 Of course the flip side to this potential discomfort and hardship is just how wonderful and special it is to be in Quebec on a , crisp sunny morning with the snow piled as high as the rooftops. Quebec city in particular is absolutely magical in the winter. To look out your hotel window and see the people below hustling along narrow paths between buildings, with every other inch of space being covered with deep,deep snow is unforgettable, and quintessentially Canadian. “”Mon pays, c’est l’hiver” or “My country. It is winter” is more than a popular Quebec expression. It’s a concept to understand and cherish.

I leave you with one last recollection. That of the Northern lights dancing magnificently overhead as I drive the lonely distance between Quebec city and Trois Riviere late at night listening to the CBC, and thinking about what my loved ones were doing at home.  Loving what I was experiencing with the light show and all, but also thinking about my family and bed and wishing I was home. 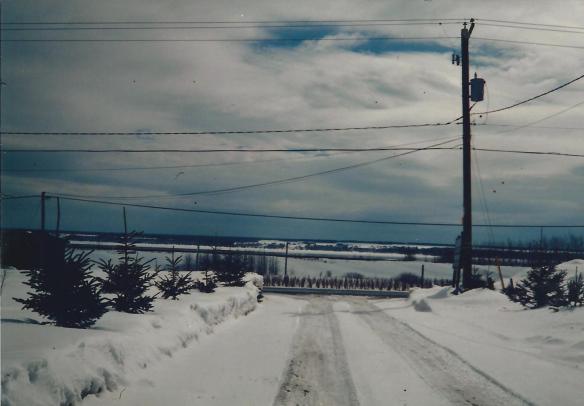