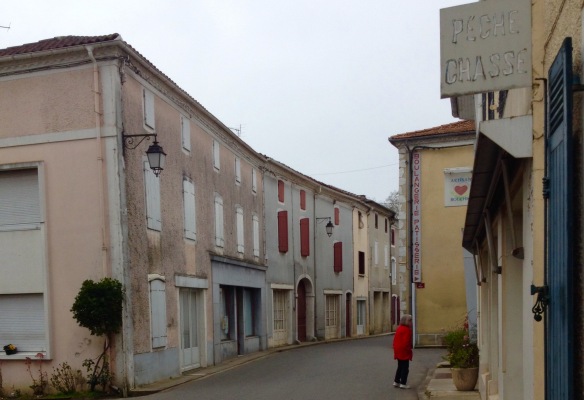 the village of Amou

Now, after three weeks in this little town of Amou, in the south west of France, I can offer that my perspective on antiquity has changed, and developed by being here; and I find it invigorating. So much of this place remains essentially the same as it has been for a hundred years, and more. Old here is medieval, not circa 1900. Taking daily walks around town, you absorb the subtleties of age. You notice the details, and you feel that minus the cars, things might look much the same as they were in your grandfather’s time, or even his grandfather’s time. People just don’t change things unless they need to. A different perspective. 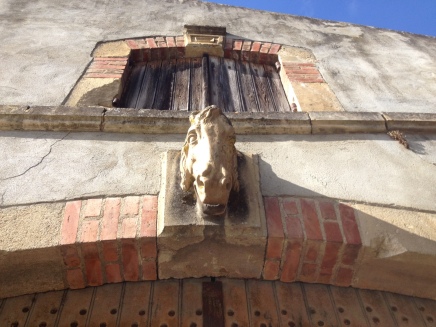 door to a shop which sold horse meat

I would offer that this is a good argument for travelling to one place and staying put for awhile, as opposed to the way we travel these days which is the seven cities in seven day’s concept. Take a selfie in front of the Arc de Triumph, and move on to Brittany. Tomorrow we will be in Vienna. For example, you will see people in the Louvre walk by a monumental 18th century painting of a shipwreck; stop, take a shot on their I-phone and move on to the next. It seems the concept is just to document that you were there. What’s the point? Stop and smell the roses.

There are many opportunities to buy antiques in France. Now in spring “Vide-greniers” or “Empty the Attics” occur at the weekends in several small towns and cities. If you go on-line and google “Vide-Greniers – les Landes” which is the name of this region, you will get a list of what’s happening around here. These are typically on a Sunday, and everybody participates, much like the town yard sales at home. There’s a lot of junk, but you can also find some real treasures if you are there early enough. Bigger cities often have a weekly “Marche d’antiquites”. We have found fantastic things by arriving about 6 am Thursday morning in nearby Bayonne . Again get there early or forget about it. By noon the bottles of wine and lunches are spread on the tables, and then it’s pack up and go home. Again you can find them listed on the internet. “Depot-Ventes are the French equivalent of consignment shops. Hey were very popular a few years ago, but I notice there are less around these days. A” Brocante” is a shop which offers antiques and vintage items. A bit of everything or anything which is collectable. There are also “Shops de Antiquity” which offer only older and usually more upscale items. Last but not least you have the “Salle d’expositions” which are the French equivalent of our Antique shows. Held either indoors in a hall, or outdoors like the Christie show. There is one this weekend in nearby Somoulu which we plan to attend. I’ll give you a report next Friday. 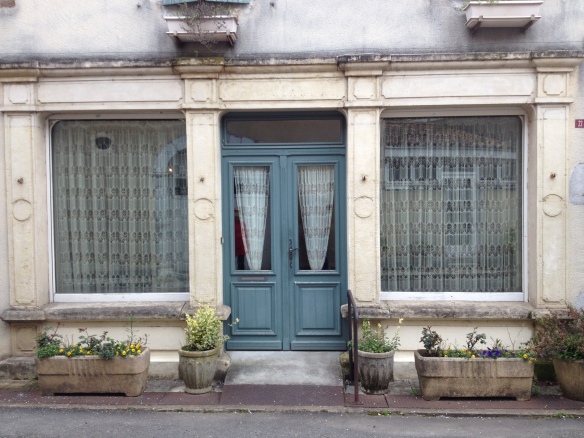